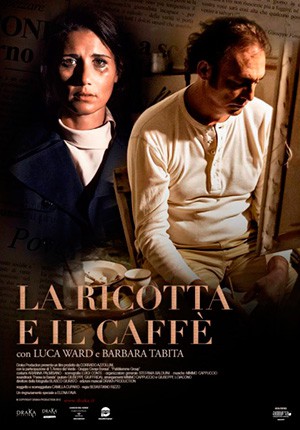 Written by Camilla Cuparo and filmed in Puglia, Molfetta and Giovinazzo, the project is developed around the figure of Giuseppe Fava.

La Ricotta e il Caffè is the picture of a society that merges and contrasts with another ones, to intimidate and dominate it, a successful criminal act, but not fully realized, as long as they talk about it, as long as they remember and we let them ask us, inspire us and move us.

The short film shows the figure of Fava read and lived through the eyes of his daughter Elena, bound to the father by the deep love and admiration and, which shares with his father all the artistic, professional and intellectual choices, embracing the critical spirit and the love for truth and justice.

Giuseppe Fava, head editor of the Giornale del Sud and later founder of the magazine I Siciliani, strong expression of the anti-mafia movement, was a symbol of the investigative journalism, denouncing the conspiracy between the Mafia and politics.
Writer, playwright, artist, Fava has become a “hero” of truth and free thought.