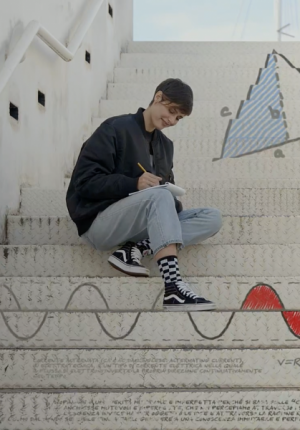 Project selected by “Con i Bambini” as part of the fund for the “fight against child educational poverty”.

Studying is perhaps the only way to not only have paper dreams.

Alice Sabatini, former basketball player, former Italian model and actress, winner of the 76th edition of Miss Italia 2015, walks through the streets of Palermo and Bari, two symbolic places of a social problem widespread throughout all the country: early school leaving. Alice, a young woman who with great sacrifices managed to complete her studies, despite her work commitments, goes in search of evidence of a phenomenon that puts the future of our young generation at risk. Sociologists, psychologists, teachers and school managers are interviewed in contexts different than their usual environment, to give the feeling of discomfort and “out of context” often experienced by young people who are unable to integrate into the environment that more than any other should make them feel at their ease: the school. The voice of the guys comes among the images of neighborhood life. Voices do not have a face, they could belong to anyone, to any young person who has the right to grow, to study and to pursue dreams which should be not just paper.