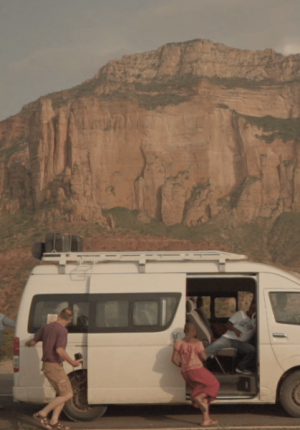 Kalkidane tells the story of a young woman, of Ethiopian origin, who was adopted at the age of five by a French family and finds thirteen years later her biological father through social media. She then decides to go on a search for him with her adoptive parents and her French big brother – professional editor – who goes behind the camera for the occasion. If many documentary films have dealt with adoption, quest for identity, discovery of African culture and values, none has been treated with an axis and a vision as personal as Hugo does through his project. Indeed, the fact that Kalkidane is his adopted sister allows him to collect her emotions, her joys, her sorrows, her daily moods and to create a closeness that is often difficult to achieve in a documentary. Thanks to this proximity Kalkidane breaks down all barriers. She doesn’t pretend, she is. She is this 18-year-old woman uprooted from her native Ethiopia at the age of 5. She is this woman in search of answers, in search of identity. She is this woman of multiple cultures, not completely Ethiopian and not completely French. She’s that black woman in the middle of a white family.