Gauguin is coming to the Italian theaters

the movie starring Vincent Cassel, about the master of the Post-Impressionism 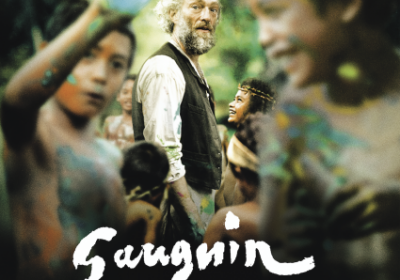 From September 17 ”Gauguin” the film of Edouard Deluc starring Vincent Cassel, is coming to Italian theaters, distributed by Draka Distribution in collaboration with Conform and Prism Consulting.

“Gauguin” is a great French production from the ibook “Noa Noa: The Tahiti Journal of Paul Gauguin” about the master of post-Impressionism, played by a vibrant Cassel.

1891. Painter Paul Gauguin is already well-known in Parisian artistic circles, but is tired of the so-called civilized world and its political, moral and artistic conventions. Leaving his wife and children behind, he ventures alone to the other end of the world, Tahiti, consumed with a yearning for original purity, and ready to sacrifice everything for his quest. Impoverished and solitary, Gauguin pushes deep into the Tahitian jungle, where he meets the Maoris and Tehura, his muse, who will inspire his most iconic works of art.

As director Edouard Deluc says: “From my discovery of “Noa Noa”, the illustrated account that Gauguin produced of his first stay in Tahiti from 1891 to 1893. It’s a literary work of great poetry, an account of adventures with a quite breathtaking romantic touch. It’s a sort of private diary, written with great humanity about his Tahitian experiences, in which he combines accounts, impressions, thoughts, political questions, artistic questions, sketches, and watercolors. From all that material emerged the outline of a visionary, inspiring character, who embraced modernity while continually questioning it“.