A beautiful movie, in the italian theaters in 2015 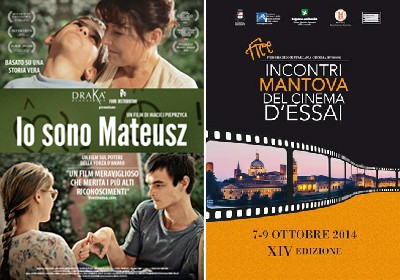 Draka Production present the new movie that will be released in the theaters in 2015: LIFE FEELS GOOD, directed by  Maciej Pieprzyca.

The presentation will be taken in Mantova at 9.45 am – Virgilio Room – during the XIV edition of Incontri del Cinema d’Essai.

BASED ON A TRUE STORY, “Life feels good” tells the story of Mateusz, a men suffering for cerebral palsy, who in his early childhood had been diagnosed as a retard with no contact with the outside world.

After twenty five years it turned out that he was a perfectly normal and intelligent person.

In spite of all the difficulties he encounters in communicating with the world, he proves how much can be achieved by the strength of the spirit.

A film, full of optimism and humor story.

Starring Dawid Ogrodnik, know from “I am God”, who presents a scintillating performance and one of the most extraordinary roles in Polish cinema of the last few years, which can be compared to Daniel Day Lewis (“Mt Left Foot: The story of Christy Brown”), Javier Bardem (“The Sea Inside”), Mathieu Almaric (“The Diving Bell and the Butterfly”) and François Cluzet (“Untouchables”).

Kamil Tkacz, whose debut is undaunted, plays the underage Mateusz.

The movie will be released in Italy in 2015.