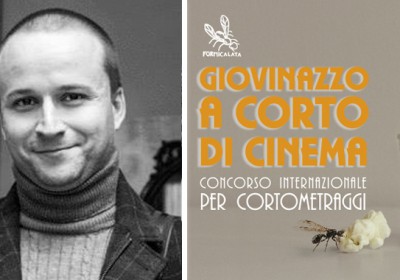 The producer Corrado Azzollini, chairman of Draka Production and CEO of Amra Communication Solution, is one of the jurors of the competition Giovinazzo a Corto di Cinema: International Competition for Short-movies.

The event, whom institutional image was created by Amra (www.amra.it) it will be held from the 25th and the 27th of July 2014 in the school San Giovani Bosco in Giovinazzo. There will be screened 20 short-movies both national and international. On Sunday 27 the jury will announce the winners. The jury pannel is presde over by Ferruccio Castronuovo and composed by:  Corrado Azzollini,the actress Tiziana Schiavarelli, the player from Radiodervish Michele Lobaccaro and the movie critic Leonardo Gregorio. During the closing event will be screen the short-movie “La ricotta e il caffè” produced by Corrado Azzollini’s Draka Production starring Luca Ward and Barbara Tabita, media-partner is Amra Communication Solutions.
In the short-movie shooted in Giovinazzo in the 2012 directed by Sebastiano Rizzo, many Giovinazzesi worked as extras so all the citizen are invited to the screening.