TULIPANI – love, honour and a bicycle coming on June 20th 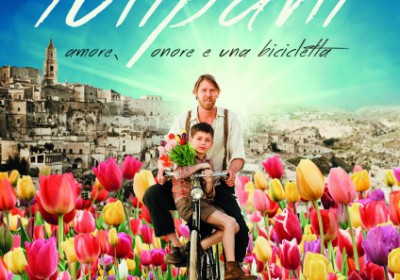 The film TULIPANI – love honour and a bicycle is coming into Italian theaters on Jne the 20th.

Directed by the Oscar winner Mike Van Diem with a great international cast: Ksenia Solo, Gijs Naber, Lidia Vitale, Donatella Finocchiaro, with the extraordinary participation of Giorgio Pasotti and with Giancarlo Giannini, Michele Venitucci, Anneke Sluiters, the movie has been screened in the Word Premier at the TIFF – Toronto Film Festival and then showed in several international film festivals.

The film also received support by MIBACT and Apulia Film Commission, among others.

A dramatic comedy for the whole family, which crosses stories and different countries, over a period of thirty years.

TULIPANI tells the story of a romantic Dutch farmer named Gauke (Gijs Naber) who after losing his farm during the floods of 1953 is determined to never ever have wet socks again. He cycles to the sizzling hot south of Italy to start a new life and ends up at the outskirts of a small village in Puglia. Due to his fairylike and miraculous tulip trade, his passionate love-life and his turbulent scuffles with the dubious local busi- ness practices, he becomes a living legend – to then suddenly disappear. Thirty years later, an Italian police inspector (Giancarlo Giannini) attempts to unravel the story, but struggles to distinguish fact from fiction. With the help of the young Canadian woman Anna (Ksenia Solo) he discovers what truly happened.