A kids' movie, set in a London underground and bohemian 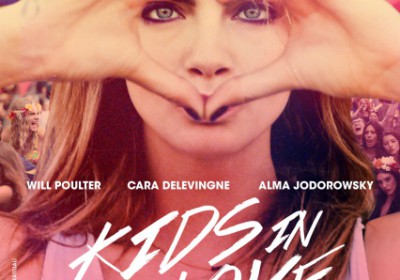 He will be distributed in Italy , by Draka Distribution, the coming of age movie, Kids In Love, with an international cast: Will Poulter ( Revenant and The Chronicles of Narnia ) , Alma Jodorowsky ( Blue is the Warmest Colour ; the new face of Lancome brand ) , the top model Cara Delevingne, ambassador of international brands, as well as actress for long ( Valerian , Suicide Squad , Paper Towns) .

The  purchase of the film , from Carnaby International , has been settled in these days, during the Screenings in London ; Kids in Love trailer will be premiered in the line-up signed Draka Distribution, the next Cine Riccione .

For further informations about Kids in love , visit the dedicated page.