“Who’s Who” at MULTISALA POLITEAMA in Palermo 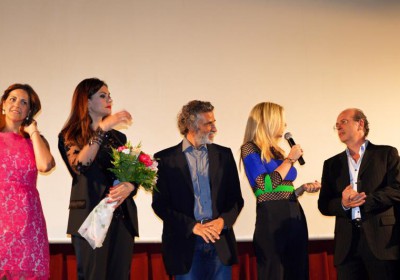 On Friday 15 May in Palermo in the Multisala Politeana the feature film “Who’s Who” the film was shown/was screened at 20:30. The screening was also attended by the producer Corrado Azzollini, the starring actors Enrico Lo Verso and Maria Grazia Cucinotta and the local authorities.