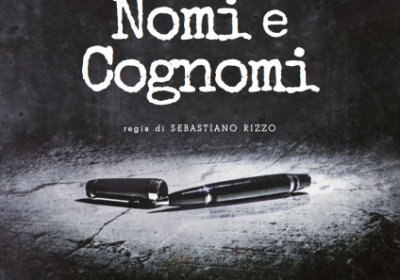 “Who’s Who” written by Camilla Cuparo, directed by Sebastiano Rizzo and producted by Corrado Azzollini’s Draka Production will be soon theatrically release in the Italian Cinemas. Starring stars of this movie are  Enrico Lo Verso, Maria Grazia Cucinotta, Marco Rossetti, Ninni Bruschetta, Dino Abbrescia, Mingo De Pasquale, Totò Onnis, Antonio Stornaiolo and Barbara Tabita. “Who’s Who” is a feature film dedicated to those who work with an ethical code.  “Who’s Who” is a “way of saying” which represents a way of living and working; it’s an unspoken rule that has become the guiding moral of the way of thinking and doing, it’s the reason for faith in some principles and the refusal of others.

Domenico Riva is a respected journalist that comes back to his hometown from Milan to be director of one of the major papers of his town. He triggers a progressive awakening of the town’s civil conscience by simply doing his job: telling the bare truth. It’s a film that speaks a lot to the younger generation, that stresses the importance of having a goal to strive for, and worthy ideals in which to believe