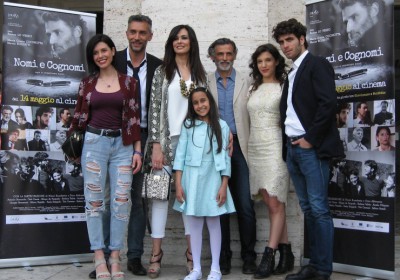 Today, in the Cinema Moderno in Roma was held the press conference to present the feature film “ Who’s Who” distibuited in the Italian Cinemas from the 14th of May, the director Sebastiano Rizzo, the sarring actors Enrico Lo Verso, Maria Grazia Cucinotta and Marco Rossetti will attend.

After the screening for the press of the feature film written by Camilla Cuparo the public and the press have appreciated the intense peformance of Enrico Lo Verso playing the journalist Domenico Riva. The screening was also attended by Titti Cerrone, Giorgia Masseroni, Aurelio D’Amore, Paolo Strippoli and the young Denise Sapia, along with the production company Draka Production and the distribution company Draka Distribution.