Monkey King – The hero is back

The Chinese blockbuster is coming in the Italian theaters 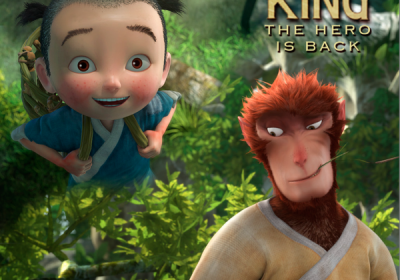 The n.1 Box Office animation movie in China,  even biggest than Kung Fu Panda 2, is coming to Italian cinemas, distributed by Draka Distribution, in collaboration with Giometti Cinema.

Draka, continues in his proposal to theaters of great animated films from the East: after Big Fish & Begonia, Monkey King is a new amazing Chinese production, which has reached the exceptional bix office in China of 155 million dollars.

An enchanting story, full of twists, action and fun for the whole family.

The all-powerful Monkey King once roamed freely between Heaven and Earth, but after angering the Gods, he was imprisoned within an ice cage deep within the mountains. 500 years later, monsters attack a small village and a child flees to the mountains. Unknowingly, the child releases the Monkey King from his curse. With the help and encouragement from this special child, Monkey King saves the village from the evil monsters.