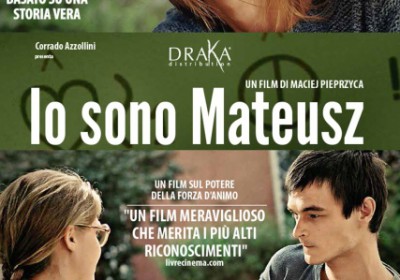 The feature film “Life feels Good” will in the italian cinemas starting from the 13th of March. The Polish film “Chce się żyć” (original title) writtenand directed by Maciej Pieprzyca won the Silver Hugo Award at Chicago International Film Festival. The main cast: Dawid Ogrodnik nel ruolo del protagonista, Dorota Kolak, Arkadiusz Jakubik, Helena Sujecka, Mikolaj Roznerski. The film based on a true story already won in some of the most important worldwide film festivals it is based on a real story , it is the amazing story of Mateusz, suffering from cerebral paralysis, diagnosed as mental retardation, then insurmountable obstacle for the child’s communication with the world outside. After 25 years it will be found out that Mateusz is perfectly mentally healty.
As the criticque states it is a really emotional, but not sad, film able to move and touch.
Amra S.r.l is media-patner in the distribution.