In the centenary of the artist death, we say "NO TO THE CENSORSHIP" in the name of the freedom of arte: #ToArtItsFreedom 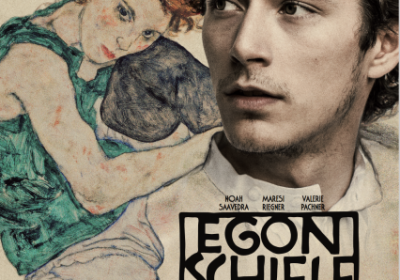 After the success of the first event release, “Egon Schiele” directed by Dieter Berner, is upcoming again to the theaters on February 26,27,28 in the name of art freedom.

The film about the genius of Austrian expressionism is distributed by Corrado Azzollini’s Draka Distribution, in collaboration with Twelve Entertainment.

The distribution, which for the film the patronage of the Austrian Cultural Forum, has developed an important partnership with the Vienna Tourist Board (Vienna.info) to reaffirm the freedom of art.

#ToArtItsFreedom is the hashtag that accompanies this new release to affirm the role that Egon Schiele (1890-1918) had in defending the total freedom of artistic expression from constraints and conditioning, in the name of freedom to investigate and experiment. Nevertheless Schiele’s paintings has been was widely accused of obscenity.

Incredibly, the censorship is repeated: Schiele, who was accused of pornography, because of the subjects of his works, still does not stop today to generate a discussion and to create scandal.

Recent is the news, appeared in the New York Times and quickly widespread in the world and social networks stage, linked to the refusal of the transport company in London to expose in the subway, some Schiele’s paintings included in the advertising campaign promoted by the Vienna tourism. Vienna responded with a new campaign, in which the nudity of the painted subjects is covered by an eloquent inscription: Sorry, they are one hundred years old but they are still too daring. #ToArtItsFreedom).

So the Vienna campaign committed to the film, for a common front in the name of freedom of art, of which Schiele was a great protagonist.

The film, which has enthralled thousands of spectators, returns to the cinemas in the year of the centenary of the artist’s death which, at only 28 years old, left a pictorial corpus of about 3,000 works including oil paintings, watercolors and drawings. An impressive production that, in 2018, will be collected in an catalog online publication of his works, updated and expanded thanks to new research, as was announced by Jane Kallir, the most authoritative expert of the painter, co-director of the gallery St. Etienne of New York. The project was sponsored by the Kallir Research Institute, a non-profit organization funded by an anonymous donor.