Draka Distribution presents “Egon Schiele”, the film about one of the greatest and controversial artists of the 20th Century. 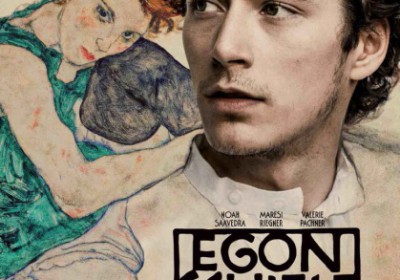 Draka Distribution presents “Egon Schiele”, the film about one of the greatest and controversial artists of the 20th century.

One of the most controversial and transgressive artists of all time in a film event, in teathers on November 27-28-29.

“Egon Schiele” by Dieter Berner is distributed by Draka Distribution managed by Corrado Azzollini, in collaboration with Twelve Entertainment.

Gustav Klimt’s pupil, Egon Schiele, whose death centenary will fall in 2018, was the leading exponent of the first Viennese expressionism. A controversial charm envelops its short life. Featuring an early talent, dead at the age of 28, he left impressive production of oil paintings, watercolors and drawings.

Young, seducing, provocative and fascinating, at the beginning of the 20th century, Schiele, played on the movie by the talented Noah Saavedra, is among the most controversial artists of Vienna. His art is inspired by fascinating and disinhibited women, in an era that is turning to end with the advent of the Great war. Two women in particular will really sway his life and his artistic expression. His sister and first muse, Gerti, and the seventeen-year-old Wally, perhaps the only true love of his life, immortalized in the famous painting “Death and Maiden” exhibited at Leopold Museum in Vienna. While Schiele’s paintings create scandal in Viennese society, bringing the artist to the court with the accusation of abuse of a minor and “pornography”, visionary collectors and acclaimed artists such as Gustav Klimt, realize the value of Shiele’s provocative and tormented art. When the outbreak of the First world war threatens his research and artistic freedom, Schiele will choose to sacrifice to his art, love and life itself, turning his pain and existential discomfort into the stylistic signature that consecrates him among the greatest interpreters of Expressionism.

In Italy it is distributed by Draka Distribution in collaboration with Twelve Entertainment as a special event on November 27-28-29.

From 20th to 30th November “Egon Schiele” will be screened by Milano Cineteca at Spazio Oberdan.