BUÑUEL In the labyrinth of turtles coming on March 5th 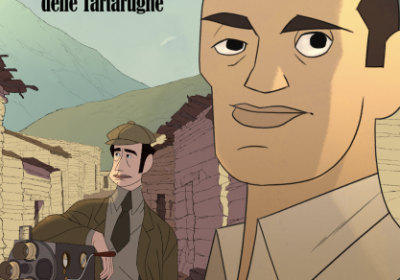 Buñuel – In the labyrinth of turtles the animation movie by  Salvador Simó, winner at European Film Awards as Best Animation Movie 2019, is coming in the Italian theaters on March 5 with Draka Distribution.

In a stranger-than-fiction tale befitting the master surrealist filmmaker, Buñuel and the Labyrinth of the Turtles tells the true story of how Buñuel made his second movie. Paris, 1930. Salvador Dalí and Luis Buñuel are main figures of the Surrealist movement, but Buñuel is left penniless after a

buys a lottery ticket with the promise that, if he wins, he will pay for his next film. Incredibly, luck

is on their side, the ticket is a winner and so they set out to make the movie. Both a buddy adventure and fascinating episode of cinematic history, Buñuel and the Labyrinth of the Turtles utilizes sensitive performances as well as excerpts of Buñuel’s own footage from the production, to present a deeply affecting and humanistic portrait of an artist hunting for his purpose.

Buñuel – In the labyrinth of turtles has already won several international awards, among which the Annecy International Film Festival.

The movie, based on the graphic novel by Fermín Solís Buñuel in the Labyrinth of the Turtles and directed by Salvador Simó, written by Eligio Montero and Salvador Simó, produced by Sygnatia, The Glow, Submarine, Hampa Studio, Telemadrid, Canal Extremadura Tv is distributed in Italy by Draka Distribution of Corrado Azzollini.