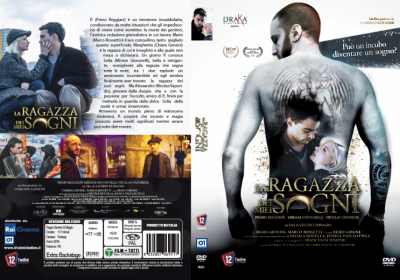 Love, enchantment, magic, mystery … all this will make you thrill with the movie “The Girl of My Dreams” now available in DVD and Blu-ray.

Dvd and blu-ray are distributed by Rai Cinema and 01Distribution with Twelve Entertainment Srl.

The film is based on Francesco Dimitri’s book The Girl of Dreams, author of fantasy novels, non-fiction and comic books, described by critics  as “one of the most significant writers of non-fiction and fantasy novels in the current generation ”; the book was back in the bookstores in the occasion of the film release, last April.