Tulipani, Love, Honour and a Bicycle in competition at TIFF 2017 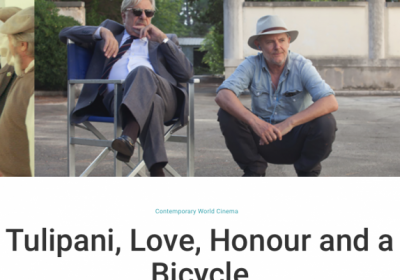 With great pleasure we announce that the movie “Tulipani, love, honour and a bicycle” of which Corrado Azzollini, by Draka production, is the main Italian producer, will be worldwide premiered at the prestigious Toronto International Film Festival, where it’s in competition for the Contemporary World Cinema section.

The movie, directed by the Academy Award winner Mike Van Diem, has been mostly shot in Italy.

With an international cast featuring big names of our cinema such as Donatella Finocchiaro, Lidia Vitale, Michele  Venitucci, with special appearance of Giorgio Pasotti and with Giancarlo Giannini, Tulipani tells a story of courage and love, of different cultures and worlds meeting; the story of a family that unites three very different countries (Holland, Canada and Italy) through a thin but indestructible red wire that travels through thirty years: a bond of love and blood.