Second day of filming “Who’s Who” 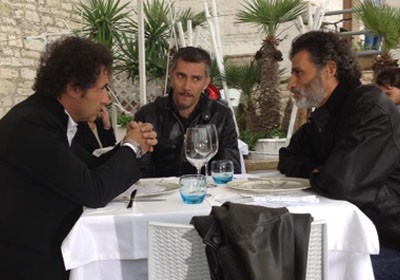 Is the second day of shooting for the feature film directed by Sebastiano Rizzo.

The troupe arrived to Giovinazzo where will stay for all the time of the shooting. Enrico Lo Verso who will work on Maria Grazia Cucinotta’s side plays the lead role.

Others name in the cast are Antonio Stornaiolo, Ninni Bruschetta, Marco Rossetti, Dino Abbrescia, Mingo De Pasquale, Barbara Tabita how will join the crew in the next few days.

Who’s Who is about civic engagement and brave journalism opposed to the social and moral degradation caused by the organized crime .