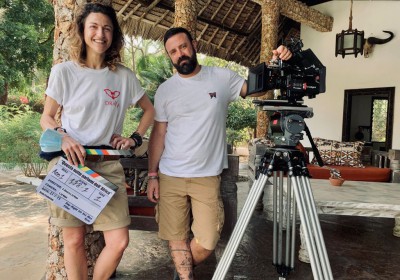 SYNOPSIS
Two women, Emma and Nuri,a long way far from each other, intersect in the charm and contradictions of sub-Saharan Africa. Emma, a lawyer – stuck in between the end of her marriage and a job that is draining her last drop of energy – she can not handle it anymore. She decides to leave and to go to Africa. Nuri, a young African girl, though intimately faithful to her Muslim beliefs and traditions, wants to discover strongly the world outside her dimension. Their meeting will help both of them to better focus on their fears and desires. They will come into contact with a group of activists engaged against elephant poaching; among them also Dylan, charming and mysterious, and Finn, a young man with a stormy past. Emma and Nuri will deal with their inner ghosts, running into very dangerous events but in friendship and into the desire to freedom will find the courage to face a crucial choice: find their own path and follow it without regrets.