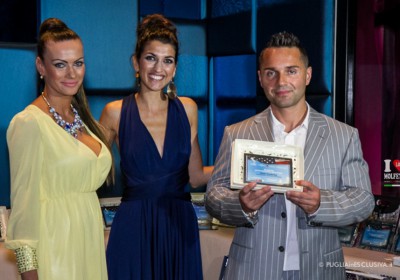 Corrado Azzollini chairman of the cinema and music production Draka in Puglia, won and award in New York City during the 60^ edition of the Fancy Food Show.

It is one of the biggest events about food and drinks in the States in between June and July. The award, took by Radek Kaziow on the behalf of Corrado Azzollini, was an occasion to underline the many important industry and Apulia managers.

The event closed with awards to Enrico and Giancarlo de Trizio associate music director for the American tour “Mamma Mia” and drummer of the first National tour of “Book of Mormon”. Roberto Pansini, chairman of the association “Oll Muvi”; in the end the sweetest family in the States the family Valastro well known for famous Buddy, the Cake Boss, an American celebrity America.