Antonio’s Syndrome in cinemas from November 17 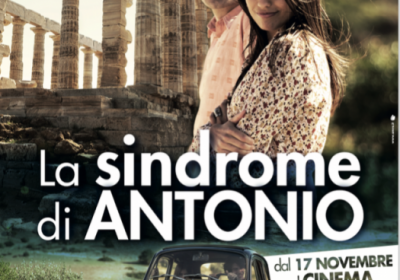 “To fully understand a man and his ideas you have to go to the place where the man and those ideas have originated.” This is the conviction that will move Antonio to get on board on his Cinquecento on his way to Greece to get to know those places of Greece, where he will discover a lot more. Antonio’s Syndrome directed by  Claudio Rossi Massimi is an on the road movie that tells the doubts and existential malaise of the soul of a generation. The movie tells about a generation of those who decide to compete with the world using sunny colors, light and sometimes-humorous tones. A journey also made of encounters, beautiful landscapes and romantic love. Besides of two young protagonists – Biagio Iacovelli and Queralt Badalamenti the movie is starring actors like Remo Girone, Moni Ovadia, Antonio Catania and the unforgettable Giorgio Albertazzi in his last movie interpretation. Produced by Lucia Macale- Imago Film and Corrado Azzollini-Draka Production, the film will be distributed by Draka Distribution from November 17.

The movie will be presented on Tuesday 18th at 20:30 during KINO – PANORAMA ITALIA, a movie line-program dedicated to the contemporary italian cinema curated by KINO in collaboration with Alice nella Città, during the Rome Film Fest.