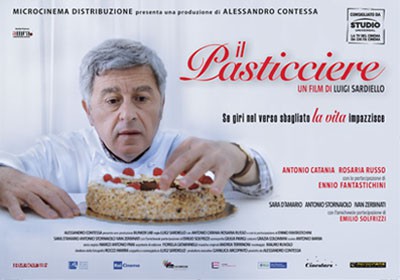 The film tells the story of Achille Franzi a pastry chef delicate and lovely, whose life is defined by the time of his work.

This days Alessandro Contessa is working in Puglia for the executive production of “Who’s Who” directed by Sebastiano Rizzo and produced by Corrado Azzollini’s Draka Production. The lead actors in the cast are Enrico Lo Verso and Maria Grazia Cucinotta. Alessandro Contessa so works again with Antonio Stornaiolo with the Apulia Film Commission founding and microcinema distribution.