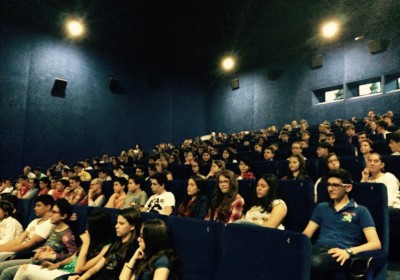 During the event for the premiere of the feature film “Who’s Who” on the 14th of May in in the UCI Cinema Molfetta some students are meeting the producer Corrado Azzollini and the actors Mingo de Pasquale e Marco Pezzella. To this event have taken part over 500 students who had the chance to attend the screening, ask questions and have a talk about the movie. In this event, held in collaboration with the City Council of Giovinazzo, have participated: the deputy mayor from Giovinazzo, Michele Sollecito, the president of the Puglia’s  Association/Order of the Journalists, Valentino Losito, and the President from the Association Libera Puglia.