First ciak for “The old man and the little girl” 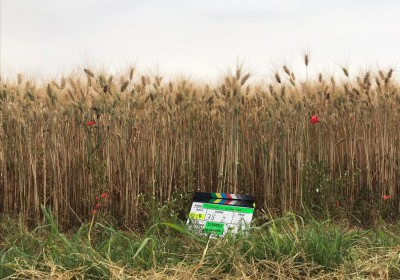 The shooting of “The old man and the little girl” is starting today. A docufilm directed by Sebastiano Rizzo starring Totò Onnis and Maria Grazia Cucinotta. Shot in the splendid locations of the Veneto region, the film will retrace the places which Ernest Hemingway visited and where he lived for a period, from the Great War onwards. The figure of the great author will be evoked by the meetings, by the places, by the memories and by the figure of the old man himself, accompanied by his niece on his mysterious journey.
“The old man and the little girl” is produced by Corrado Azzollini for Draka Production with the partnership of HGV Italia, as part of the “rural Veneto” inter-territorial cooperation project conceived and promoted by a partner of Veneto LAGs: VeGAL – lead partner, LAG Alta Marca Trevigiana , LAG Patavino with the Municipality of Arquà Petrarca, LAG Montagna Vicentina and LAG Adige, with the funding of Measure 19 – Local Development Leader of the 2014-2020 RDP of the Veneto Region.

“The enhancement of the historical, artistic and food and wine natural heritage of our territories is the main objective of the project shared by the GAL and contributes to the touristic promotion strategy of the Veneto Region – declares Giorgio Fregonese, President of VeGAL, leader of the partnership. We believed and invested a lot in the making of this docufilm which will tell the rural territories of the GAL through an evocative journey, not only to make known places and landscapes but also to excite the viewer and feed the desire to plan trips in the rural areas of Veneto“.

Sebastiano Rizzo, director, explains: “The richness of Veneto’s natural sets – and in particular of the territories of the five GAL – takes us to a world rich in nature and history. Mountains, lakes, rivers and agriculture will be shown, to the curious eye of the viewer, both in a demonstrative and in a emotional key. The choice, therefore, will be to create curiosity and enchant, thanks to the enormous historical wealth of the places identified. Vivaldi’s music, and in particular the air “Siam navi all’onde algenti”, could be the ideal soundtrack that binds everything without losing originality to the individual parts dedicated specifically to the territory of each GAòL“.

The project financed for 450,000.00 euros under measure 19 – Local Development Leader of the RDP 2014-2020, is supported by the Veneto Region (Departments for tourism, culture and agriculture), the Veneto Film Commission and the Cassa di Risparmio Padova and Rovigo Foundation.