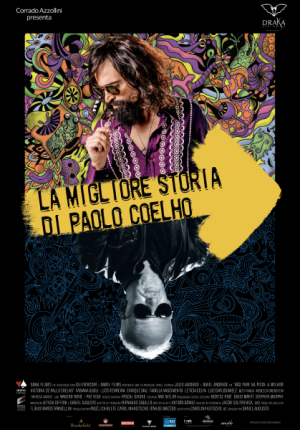 On Sky Arte; available in dvd, on Amazon prime video and on demand

A suicide attempt, three passages through a mental institution and all the imaginable conflicts a young man, torn between good and evil, could possibly face in the 60s and 70s. The misunderstood boy and the rebellious youth blossom into a man who does not give up on his dream: to become a widely acclaimed writer. THE PILGRIM tells the amazing and true journey of Paulo Coelho’s life that turned him into a writer of tales enjoyed by millions of people all over the world.

The main source of inspiration for Paulo Coelho’s work is his own life. The author of “The Pilgrimage” and “The Alchemist” is, no doubt, a celebrity, but only few know that the story of his life is even better than fiction. Paulo flirted with death, escaped from madness, experimented with drugs, overcame torture, suffered and smiled for love, made Rock and Roll History in Brazil, but never gave up on his biggest dream: to triumph as a writer.