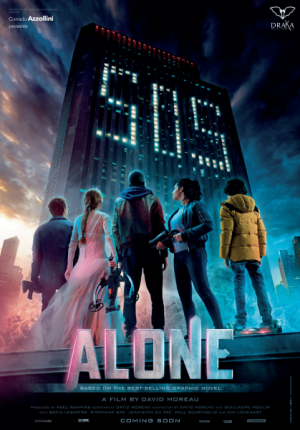 Available in dvd, on Amazon prime video and on demand

Reality will be even more shocking than the terrible fiction in which young protagonists suddenly wake up.

Based on the comic book by Fabien Vehlmann and Bruno Gazzotti.

Adapted from the popular graphic novel, ALONE is the thrilling and chilling journey of five teenagers determined to unravel the enigma behind their suddenly deserted city.
An adventure that wraps action and fantasy in a menacing cloud of mystery:  five guys wake up in a world where everybody has disappeared.