Who’s Who at the Cinema Multisala Paradiso Recupero 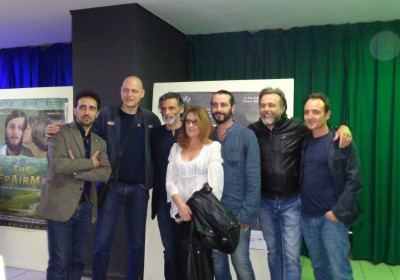 What a beautiful night we had yesterday at the Catania’s Cinema Recupero – Multisala Paradiso with Enrico Lo Verso and Peppe Giuffrida who/that attended the screening of the feature film “Who’s who” directed by Sebastiano Rizzo, theatrically released on 14 May. The starring actor and the author of the top-song of the movie’ sound-track, answered to questions and to the curiosity of the public.