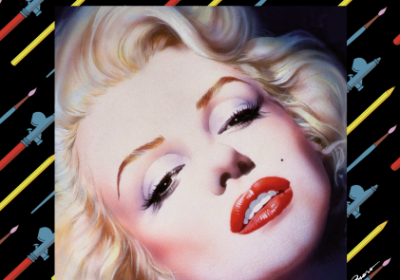 The solo exhibition of the Master of Cinema’s Artworks

“Dances with Wolves”, “The Last Emperor”, “Misery”, “Wild Orchid”, “Bolero”, “Once Upon a Time in America”, “Nikita”, “Opera”, “Rambo III”, “The Name of the Rose” and many others titles from the history of international cinema, for almost thousand, have in common one name: RENATO CASARO.

With his paintbrush and airbrush he produced over 1.000 movie posters, famous all over the world becoming collective imaginary: real masterpieces and at the same time strong communication tools for the cinema industry.

That’s the reason why Corrado Azzollini, movie-producer of Draka and founder of the communication agency Amra gave his commitment to this project – organized by Officina itinerante – as the perfect match of cinema, communication and the Italian heritage in this creative area where we are proud to have as representative RENATO CASARO.

He is internationally esteemed the biggest illustrator that the cinema industry ever met.

The Master, who is now 81 years old, and who has never exhibit in Italy such a rich number of his artworks, decided to do it for the first time in Puglia, for a unique solo exhibition of high national prestige for cultural impact.

The event is patronized by the Presidente del Consiglio Regionale della Puglia, Città Metropolitana di Bari, AGPCI (Producers Guild of Italy) with the support of Fondazione Puglia and the creative directory of Mario Romani. The exhibition is scheduled in peak time of the First Airbrush Italian Festival, at its first edition and held in Giovinazzo as well.

The exhibition will be presented during the press conference, attended by Casaro as well, on Thursday 15 September at 11.00 at Cineporto in Bari (Padiglione 180, Fiera del Levante Lungomare Starita,1 Bari).