Standing ovation at the World Premiere 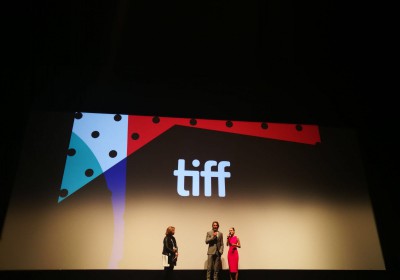 Standing ovation in Toronto today at the World Premiere of   TULIPANI – love, honour and a bicycle  (Official Selection at Toronto International Film Festival 2017) by the Oscar-winner Mike Van Diem.

There were present the director and the cast: Ksenia Solo, Gijs Naber, Anneke Sluiters and a lovely Lidia Vitale very appreciated by the audience for her extraordinary performance in the movie. The movie features some other excellent Italian actors such as Donatella Finocchiaro, Giorgio Pasotti and Giancarlo Giannini, the three Apulian actors Michele Venitucci, Toto’ Onnis, Mingo De Pasquale.

“The selection of Tulipani in Toronto is a great news, as producers, as Italians and as Pugliesi - states the producer from Draka Corrado Azzollini - the language spoken in the movie is mainly Italian. It is a Southern story fool of colors, great emotions, fear, humor and tragedy, like the life. Representing Italy and Puglia in one of the most important festivals in the world is already paying back our long-standing efforts and gives us a strong impetus on future projects and on the upcoming international co-productions”.

“An Oscar-winner director, Mike Van Diem, an Italian, Dutch and Canadian co-production where a company from Apulia, DRAKA, is involved in a major international project: these are the ingredients that are taking “Tulipani” to Toronto – stated Maurizio Sciarra, president of Apulia Film Commission - This is one of the results of the Puglia Region and Apulia Film Commission’s internationalization projects of business, talent and creativity. The film received AFC’s contribution that is the proof of how the Film Commission’s support it is not just in the production stage. The co-production forum, the agreements with Film London, the training for producers with Maia Workshop, are mosaic blocks that allow the Apulian talents to emerge in the global marketplace of ideas. To Tulipani, its producers, to  the director Mike Van Diem, our wishes for great results.”

In this wonderfully wooly tale about rediscovering one’s roots, a young Montrealer arrives in a small Italian village to scatter her mother’s ashes, and finds herself embroiled in a bizarre series of family histories and feuds.