Pope Francis. My idea of art 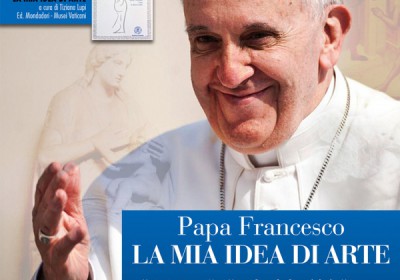 It is just starting the shooting of  ”Papa Francesco. My idea of art” the  documentary, approved by the Vatican, which for the first time transforms into images the Holy Father’s book of the same name, published by Mondadori.

The documentary proposes a guided tour through the Vatican Museums, Saint Peter Square and Vatican Basilica, along the itinerary suggested by Pope Francis; kind of ideal art gallery, going to discover the artworks which better express his idea of art, as experience of evangelism and opposition to the “throw-away” culture.

“The Vatican Museums have to be the house of Beauty and Hospitality. They have to open up the doors to people from all around the word” writes Pope Francis.

The audience will be guided into this journey by Tiziana Lupi (plot author and editor of the book which the documentary is based on) and  by Sandro Barbagallo (Expert advisor of the documentary, Curator of the Department of Historical Collections at Vatican Museums).

With the direction of documentaries great expert Claudio Rossi Massimi, the dvd will be distributed in Italy and in the word in 2017.