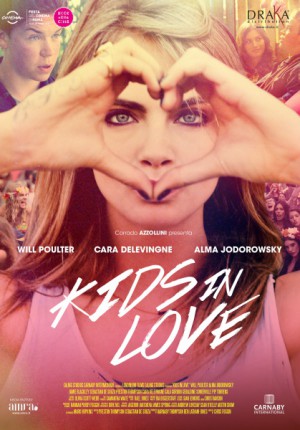 Premiere in the Panorama section – Alice nella Città, during the Roma Cinema Fest.

Set against the backdrop of an underground, bohemian London, Kids In Love offers a new take on the traditional coming of age story.

Kids In Love is a new take on the coming of age story set against the backdrop of underground, bohemian London. Drifting through his gap year with its obligatory internships and vague travel plans, Jack (Will Poulter) has always suspected there was more to life than this. A chance encounter with the beautiful and ethereal Evelyn (Alma Jodorowsky) swerves his life radically off course. She is like no one he’s ever met before, and he quickly becomes caught up in a whirlwind of all-day parties and wild nights in London’s hidden dives with her beautiful and charismatic friends. Giving up everything to follow Evelyn and her hedonistic lifestyle, it takes Jack a while to realise what he’s leaving behind, that love isn’t a game you want to lose and that these people might not be the kindred spirits he first thought.