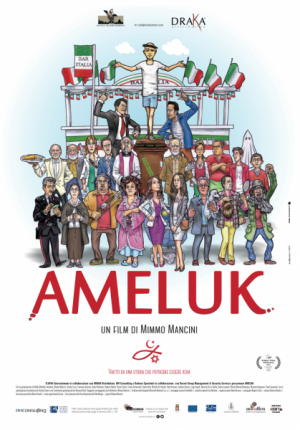 Ameluk – from a story that could be true

A choral movie about Italy and Italian people, which tries to deal with an universal theme as the confrontation and the conflict among different faiths and cultures. The focus is the complicated issue of immigration and integration among communities and religions, which inevitably result in racism and prejudice; fortunately, the meanness and the provincialism of somebody is offset by solidarity and open-mindedness of others.

SYNOPSIS
It’s Good Friday. In Mariotto, a small town in the Apulia regione, everything is ready for the Way of the Cross but the interpreter of Jesus, the hairdresser Michele, has a sit on the crown of thorns. It is the beginning of the ordeal. The lighting technician, Jusef, unknowingly sent into the fray by his pastor, replaces Michele in the role of Christ but he is a Muslim. The news caused a sensational reaction in the town and the public opinion of Mariotto splits in two. Jusuf, nicknamed Ameluk, in spite of himself, will be candidated for mayor in the local elections. Under a crossfire, with dramatic moments and hilarious situations, Ameluk will bring back the peace in the town.